She portrays Malika in the Freeform series, Good Trouble.

Zuri is currently in pursuit of her M.F.A. in acting at the University of California, Los Angeles, as one of eight actors in the university's inaugural interdisciplinary graduate acting program. Before arriving at UCLA, Zuri trained and studied at Spelman College in Atlanta, and at the British American Drama Academy in London.

She is currently taking the lead as Vindici in UCLA's gender-swapped production of Revenger's Tragedy, directed by the award-winning Lisa Wolpe. Last year, she starred as Josephine Baker in the world premiere of La Perle Noire, also at UCLA. In 2013, Zuri performed in the National Black Arts Festival's staged reading of Da Kink in My Hair with Angie Stone, Melanie Fiona, and Terri J. Vaughn in Atlanta, Georgia.

In 2018, it was announced that she was cast as one of the main characters in Freeform's newest show, Good Trouble as Malika. 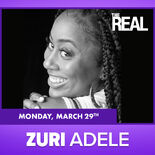 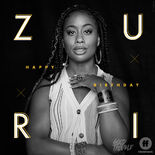