Rowan is a lawyer who works at a law firm for Kathleen Gale. He works alongside Tony Britton and Callie Adams Foster.

In Capoeira, Rowan helps Kathleen Gale become situated at their new office, which is the former Legal Aid building. He is an associate with Kathleen who is one of the few she has selected to work for her in the non-profit she is opening.

In Arraignment Day, Callie returns to the clinic where she is nicknamed an impulse buy. Tony and Rowan judge Kathleen for her impulsive choice to open the clinic, but Callie reminds them that they did the same thing by joining her. Tony and Rowan realize this is correct just Kathleen enters and announces they are all picking up cases at the arraignment court from PD overflow. Rowan is surprised but goes along with her. Rowan later sits in on Tony and Callie's first appeals, noting that Tony didn't win any favor with the judge because he was condescending. When Callie takes the court she wins the judge over by having humility, and Rowan whispers to Tony that humility must go a long with this judge.

In Because, Men, Tony compliments Callie on going to trial with the possibility of a settlement, so she asks Tony why Kathleen left the firm she built. Rowan thinks Kathleen got tired of representing rich clients. Callie wonders why they followed blindly so Rowan admits that a friend of his was fired from his job after he transitioned and no one at the firm would take his case, but Kathleen did pro-bono and won. Callie notes that he owes Kathleen but he corrects that he‘s here because he wants to be like her. Tony is here merely to be taught by the best.

In Help, at the office, Kathleen arrives and is presented with coffee and a bag of treats from Tony and Rowan. She remarks that they should choose less expensive ways to kiss her ass. When Kathleen enters her office, Tony congratulates Callie on her success as Rowan answers a call though the caller hangs up. Tony brings up there being an empty office up for grabs. Callie offers drawing straws but Tony offers to throw darts at a bar while getting drinks, though she worries about being hustled. He swears he’s a novice as Rowan thinks that drinking together will be a good bonding opportunity. Callie agrees and leaves to talk with Kathleen. When she’s gone, Rowan drops a pile of PD overflow cases that Tony will take off his hands in exchange for him not going out to drink. Rowan clarifies that he knows Tony has a crush on Callie so Tony smirks as he takes the cases.

Callie and Tony have drinks as he attempts to make small talk by asking if she still doesn’t trust Kathleen. He thinks skepticism is a good trait in a lawyer but she suddenly asks if Rowan is coming, just as Rowan texts that he has a migraine coming on. 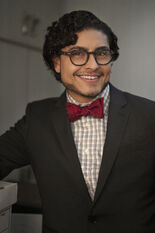 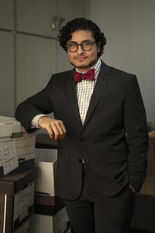