Molly was born on July 20th, 1990 to "The Bold and the Beautiful" alum John McCook and his wife, "Battlestar Galactica" alum, Laurette Spang-McCook. Molly is the youngest sister of two siblings, an older brother, and older sister. She is the only one of her siblings to actively pursue acting as a career, following in her parents' legendary footsteps.

In 2018, it was announced that she would be continuing the main role of Mandy Baxter in the recently renewed television series, "Last Man Standing". The role of "Mandy" had previously been held by Molly Ephraim, who was unable to return to the series after its renewal.

Later in 2018, Molly was cast as Rebecca, a recurring role in the Freeform original series, "Good Trouble". 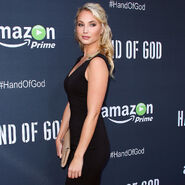 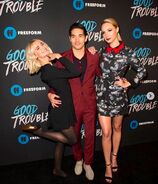