Good Trouble[1] is the first spin-off of The Fosters. It is centered around Callie and Mariana Adams Foster.[2] It was given a 13 episode order.[3][4] Season 1 premiered on January 8, 2019 on Freeform and ABC Spark.[5]

Good Trouble follows Callie and Mariana as they move out of the Fosters home and go to Los Angeles to chase their respective careers. They move into an apartment complex called The Coterie and meet their neighbors that come from different backgrounds who are also following their dreams. Callie starts to work for a conservative judge while Mariana tries to find her place in the male-dominated technological world.[6]

Note: Callie and Jamie are credited as series regulars until 4x02. 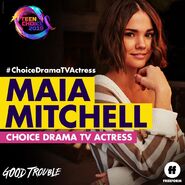 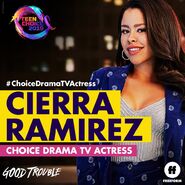 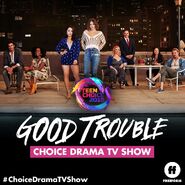 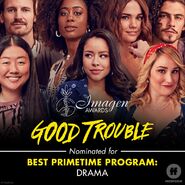 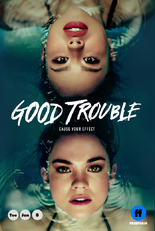 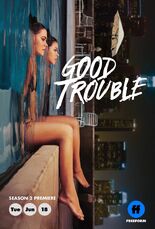 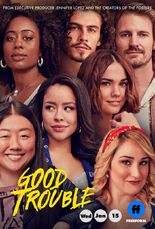 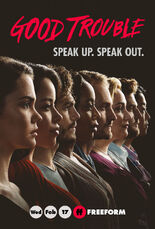 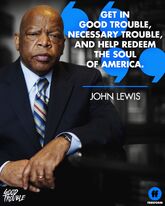