Donald Jacob is the husband of the deceased Colleen Jacob. He is the biological father of Jude Adams Foster and the step-father of Callie Adams Foster. Callie and Jude still consider Donald to be a parent to them even though he is no longer their legal guardian.

Between "Father's Day" and "Mother's Day", Donald began dating a woman named Natalie. With Callie and Jude's blessings, he moved in with Natalie and her son, Caleb.

Donald is portrayed by Jamie McShane.

Donald Jacob grew up in a poor neighborhood and family, with little-to-no money. He met Colleen shortly after her divorce from Robert Quinn. Colleen had a daughter, Callie, from her previous marriage to Robert, which Robert was unaware of. Donald and Colleen fell in love and were soon married, and Donald agreed to be the only father-figure to Callie. A few years later, they welcomed their first child together, Jude.

Years later, Donald was an alcoholic and wasn't very present in his children's lives. After he and Colleen went to an outing, Donald became intoxicated and decided to drive himself and Colleen home. Due to being drunk, he caused a car accident that killed Colleen and several other people. Donald was sentenced to jail on counts of manslaughter for the crime, which sent Jude and Callie into the foster system.

Donald was released from jail over a year prior to Callie and Jude moving in with the Fosters. Callie, while on the run, calls the prison where her father was supposed to be living in during his sentence. She discovers the news about his release, leaving her hurt that he never came for her and Jude. After personally reuniting with his kids, Donald willingly signed away his parental rights so Callie and Jude could be adopted by Stef and Lena.

In "Adoption Day", it was revealed from Callie's original birth certificate that her biological father is not Donald but Robert Quinn, which delayed Callie's adoption.

Despite being adopted, Jude still wished for Donald to continue being a part of his life, even inviting him over for a Father's Day brunch. Callie began to let Donald back into her life as well after forgiving him for his past mistakes.

Giving Up the Ghost 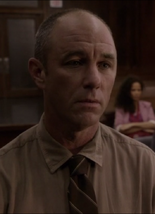 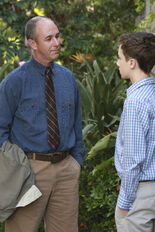 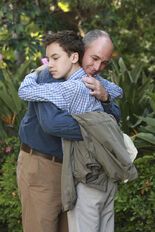