Curtis Wilson[1] is a federal judge based in Los Angeles, California. He is a Republican and conservative-viewed judge who is a candidate for the Supreme Court.

Curtis is a prominent, conservative judge based in Los Angeles. He eventually married Libby and had two children, Allison and Tate. Curtis worked hard to secure his position, even at the expense of bonding with his children.

Judge Wilson is a strict no-nonsense man, who believes only in the law. When he makes his mind up he rarely changes it.[2] He can be a hard-cracking and intense man, who strikes both fear and respect into those around him.

Curtis has a fierce temper, as shown when arguing with his son, Tate. He also despises being critiqued and considers any indiscretions from his family as a direct humiliated attack toward him. Tate once referred to him as an, "entitled asshole".

Whilst talking about her future and possible job perspectives, Callie mentions that she has an offer with Judge Wilson in LA and one with Judge Engleman in San Francisco. She was leaning towards Engleman, due to her open-minded and liberal policies, as opposed to Judge Wilson's conservative views.

Callie mentions him to Jamie Hunter, who tries to encourage her to take the offer with Judge Wilson over the liberal judge.

Where the Heart Is

Jamie attempted to convince Callie to move to LA instead of San Francisco and to take the more challenging route instead of playing it safe by going with a liberal judge. At dinner back at the house, Callie announced that she accepted the job offer with Judge Wilson in LA. 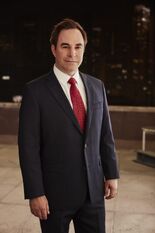 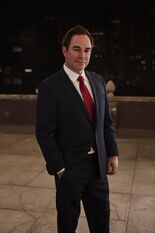 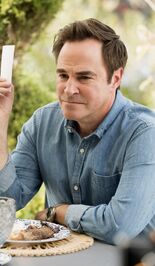