She portrays Mariana Adams Foster in the Freeform series, The Fosters and it's spin-off, Good Trouble.

Cierra was born in Houston, Texas but now she splits her time between Los Angeles and New York due to her recording and acting jobs. She and her mother have a very close relationship.

Ramirez made her first TV appearance when she was ten-years-old in Showtime at the Apollo performing a song named "I Am Changing". Cierra was an opening act for Earth Wind and Fire, Chicago and American Idol's Ruben Studdard, Kimberly Caldwell and Ace Young. Ramirez is signed to Temper Music Group and currently recording her debut album.

Cierra was cast as Kathy, a recurring character, in The Secret Life of the American Teenager that makes her first appearance in the 100th episode. She also stars Girl in Progress, portraying one of the lead roles, Ansiedad, for which she won an ALMA Award for Favorite Movie Actress Supporting Role.

In 2012, Ramirez confirmed via Twitter that she would be portraying Mariana Adams Foster in the ABC Family series, "The Fosters", that is produced by Jennifer Lopez. Her character is a "smart-as-a-whip straight A student" who has a fraternal twin named Jesus, played by Jake T. Austin and later, Noah Centineo. The show ran for five seasons before a spin-off was greenlit.

In 2015, she announced that she was in a committed relationship with YouTuber, Jeff Wittick. The two also starred in an untitled short film together.

In 2018, after the Fosters aired its final episode, Cierra was announced to be starring in Freeform's "Good Trouble", the first spin-off of "The Fosters". She reclaimed her role as Mariana and co-stars alongside fellow "Fosters" alum, Maia Mitchell. 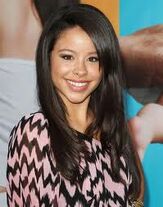 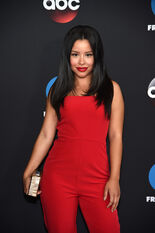 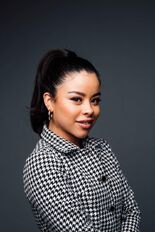 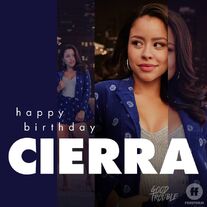