View source
watch 01:25
Jurassic World: Dominion Dominates Fandom Wikis - The Loop
Do you like this video?
Play Sound
Warning: This section contains sensitive content such as self-harm and depression that could potentially be triggering for some individuals. Please proceed carefully.

"You gotta call me the second you get this! I'm serious, Dennis! Please call me. Call me!"
—Davia in a voicemail to Dennis

Broken Arted[1] is the twelfth episode of Season 1 of Good Trouble.

Gael’s art show brings together members of The Coterie for an evening that has emotions running high, especially amongst Gael, Bryan, Callie, and Jamie. Mariana develops a new app idea to pitch to Evan, but the issues at Speckulate continue to threaten to thwart her plans. Callie learns some shocking information about the Jamal case.[2] 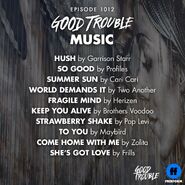 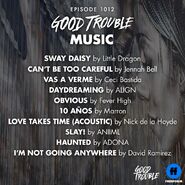 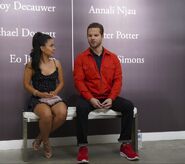 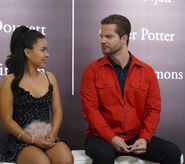 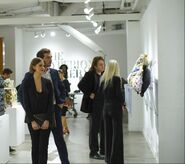 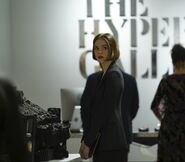 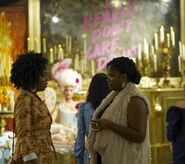