Formed in 1993, Anchor Beach is a public school for grades kindergarten through twelfth grade. At an unknown time, Lena Foster founded the charter that is still used by the school.

Originally, Karina Sánchez served as the principal of the school, with Lena Adams as her vice principal. Under Karina's leadership, the school began to suffer financially and entered a financial crisis. Karina later left the school under unknown circumstances. Karina's role as principal was temporarily filled by Lena until the school found a suitable replacement in business graduate, Monte Porter. Lena and Monte originally struggled to find a balance in their relationship, as Karina had been more of a dictator while Monte wanted to work as an autonomy.

When Lena decided to take an administrative, the school hired Drew Turner to fill in until she could return. His ideas and moral were more like Monty's, but he also seemed to sway in whatever direction best fitted him. After Monte was fired, the school decided to make Drew the interim principal of Anchor Beach. This lead Lena to believe that he planned to have Monty fired all along.

Under Drew's leadership, the school almost became Anchor Beach Private, a for-profit school for rich and seemingly privileges students. He almost sold the school to Craig Stratos, who wanted to turn the school into luxury condos, until Lena exposed him and saved the school. In addition, the students walked out of school and classes, lead a protest, and he threatened to cancel prom along with many other indiscretions. When Drew decided to propose merit-based bonuses, Lena decided that she had enough of his leadership and took a stand against him and the board.

She aligned with over half the teachers at the school, all who promised to quit if Drew didn't meet Lena's demands. At a meeting, Lena demanded that Drew is fired immediately, that Lauren resign, and Lena be made principal of the school. The teachers then gave the board a petition in Lena's favor which had signatures from over three-quarters of the faculty. Lena was than appointed principal of Anchor Beach following Drew's firing. 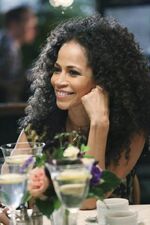 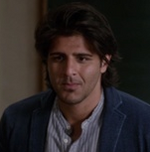 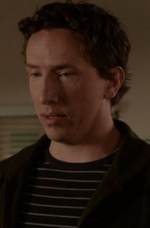 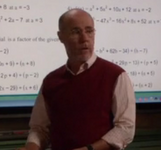 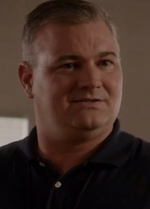 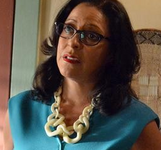 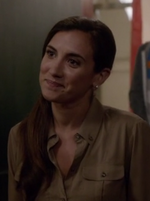 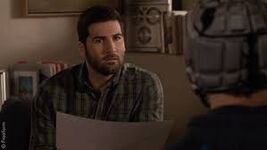 Lauren
Head of the Board: resigned