Good Trouble Wiki
Register
Don't have an account?
Sign In
Advertisement
in: The Fosters, Cast, Recurring Cast,
and 2 more

Eliza Foster
Abigail Cowen (born March 18, 1998) is an actress and model. She portrayed Eliza Foster on The Fosters.

She started modeling at the age of thirteen and booked her first acting job at the age of seventeen in the 2014 series, "Red Band Society". She continued acting and landed a role in the hit Netflix original series, Stranger Things as "Vicki".

In 2018, it was announced she would playing Eliza Hunter in the three-part finale of Freeform's hit series, "The Fosters". Her character was described as a talented and beautiful cellist who is engaged to Brandon Foster. She has had stock appearances in the spin-off series, "Good Trouble" her character was recasted to Megan West in that series due to schedule conflicts.

In late 2018, she landed the role of Dorcas in the Netflix original series, The Chilling Adventures of Sabrina. She has since had a recurring role in the series.

Recently, she portrayed Adrienne Liesching-Camp on the 2020 biopic I Still Believe. As of 2021, she stars as Bloom on the Netflix series Fate: The Winx Saga 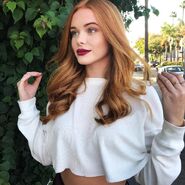 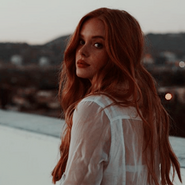